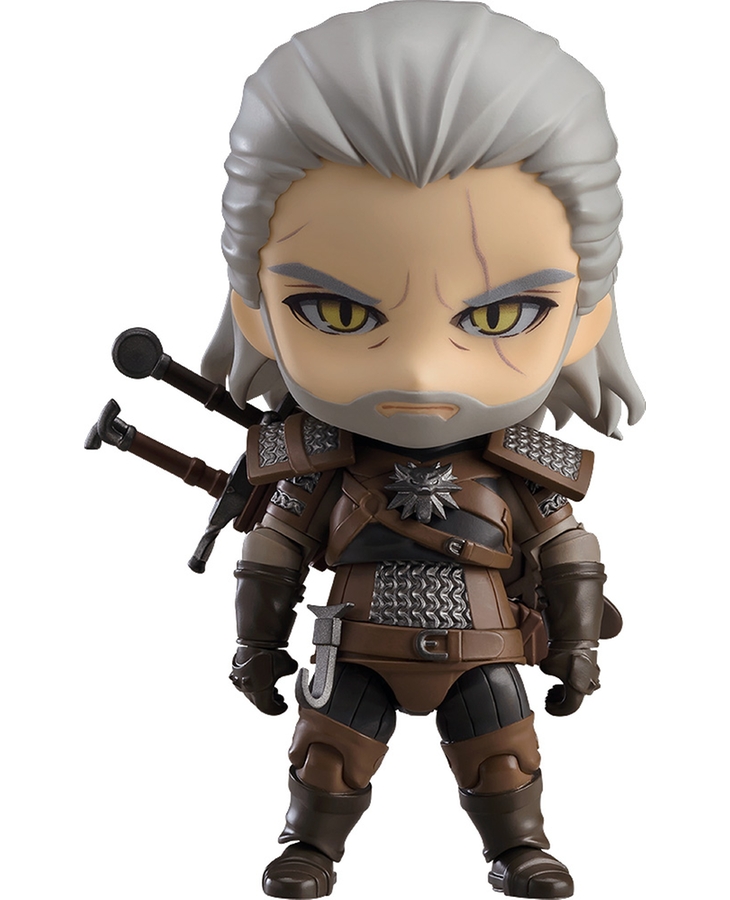 Product Details
The Nendoroid of Geralt of Rivia is back for a rerelease!
From the globally acclaimed open world RPG "The Witcher 3: Wild Hunt" comes a rerelease of the Nendoroid of the White Wolf, Geralt of Rivia! The Nendoroid is fully articulated allowing you to easily pose him in combat scenes, and he comes with both his steel and silver swords which can both be equipped to suit the situation! A hand of Gwent cards is also included to display him enjoying a round of the mini-game from the series!
Along with his standard serious face plate, he also comes with an interchangeable face plate that captures the veins along his face when he overdoses on decoctions and potions! In addition, the iconic bathing scene at the start of the game can also be recreated with the included bath parts! Recreate all sorts of scenes from the world of the Witcher in adorable Nendoroid size!
CD PROJEKT®, The Witcher® are registered trademarks of CD PROJEKT Capital Group. The Witcher game © CD PROJEKT S.A. Developed by CD PROJEKT S.A. All rights reserved. The Witcher game is based on the prose of Andrzej Sapkowski. All other copyrights and trademarks are the property of their respective owners.
Good Smile Company - Nendoroid Geralt
https://www.goodsmile.info/en/product/7197/

Order Period
*Sales will end when product is sold out.
Price
JPY5,297