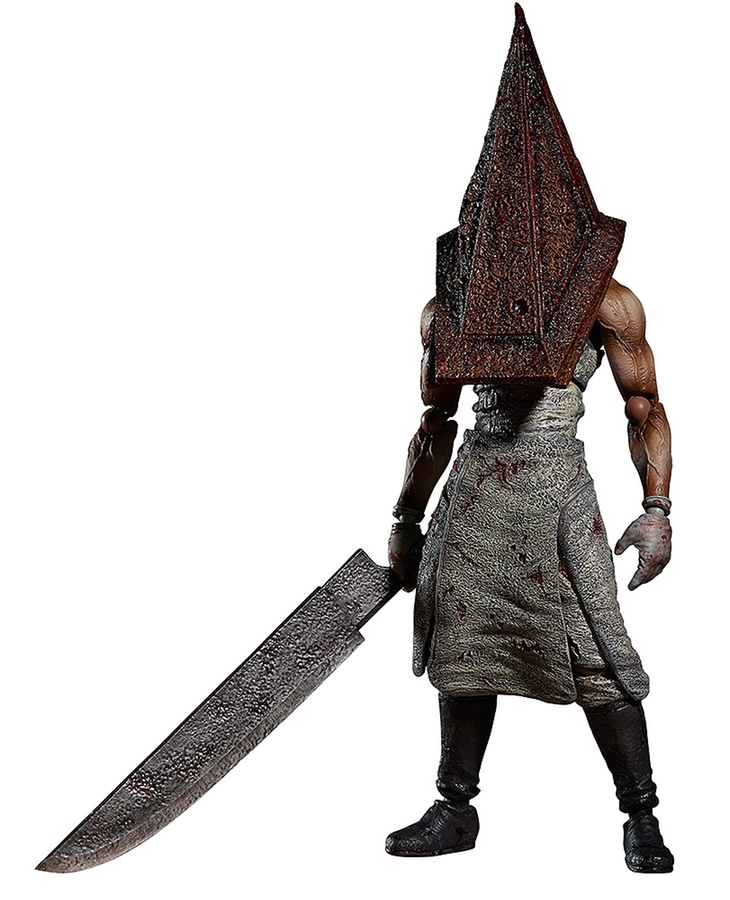 Product Details
The nightmare is back - Silent Hill's executioner is being rereleased once again!
From the highly acclaimed horror game 'SILENT HILL 2' comes a rerelease of figma 'Red Pyramid Thing' also known as 'Pyramid Head' - easily the most popular monster in the series!

· Using the smooth yet posable joints of figma, you can act out a variety of different
· A flexible plastic is used for important areas, allowing proportions to be kept without compromising posability.
· The Pyramid Head's symbolic 'Great Knife' and 'Spear' are both included along with a number of hand parts.
· An articulated figma stand is included, allowing various poses to be taken.
©Konami Digital Entertainment
Good Smile Company - figma Red Pyramid Thing
http://www.goodsmile.info/en/product/4564/

* Please read the usage guide before purchase.
Pre-Order Now
Price
JPY8,800
- A maximum of 3 of this product are available per person. Orders that include more than this limit will be cancelled.