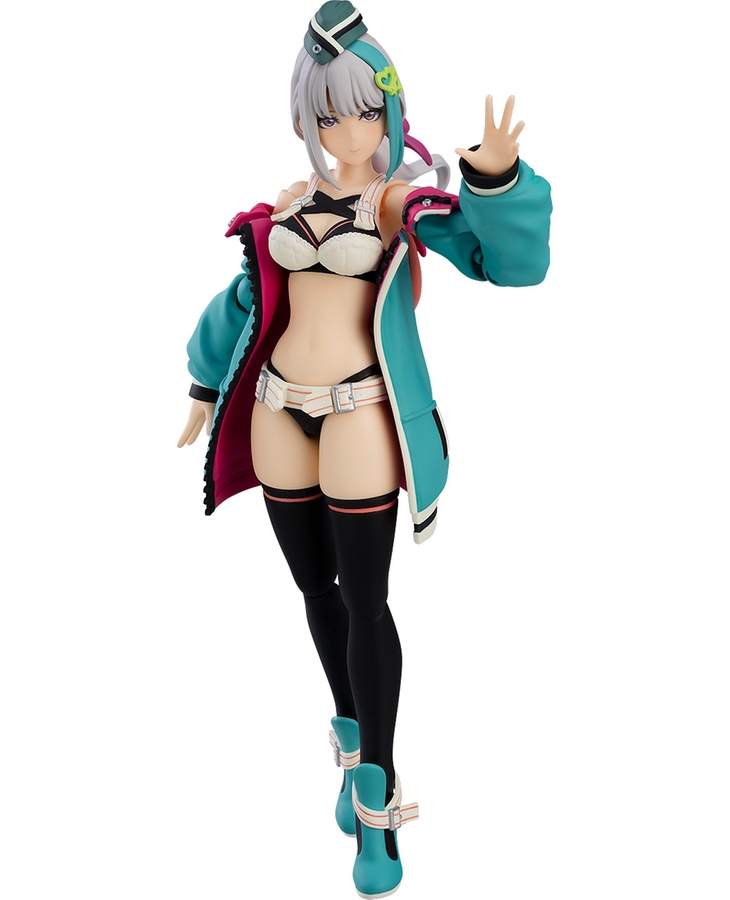 · She comes with three face plates including a smiling face, a winking face and an expressionless face.
· A pair of nippers, an air brush, a spray paint can, a desk and chair are included as optional parts.
· A giant pair of nippers is also included.
· An alternate body part to display her without her jacket on is included as well.
· An articulated figma stand is included to display the figma in a variety of poses.

* Please read the usage guide before purchase.
Not Available
Price
JPY10,800
- A maximum of 3 of this product are available per person. Orders that include more than this limit will be cancelled.