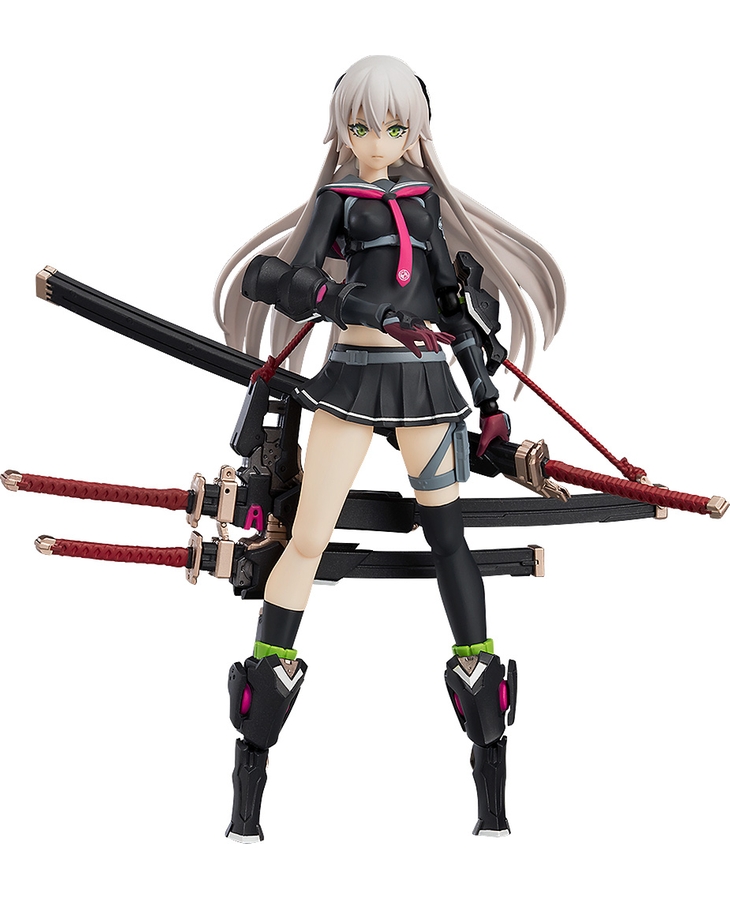 Product Details
A rerelease of the second figure in the Weapons x High School Girls x figma series!
A new series based on the combined themes of weapons, high school girls and figma! The second in the series is a figma of Ichi from the "Heavily Armed High School Girls" illustrations released on the internet by illustrator neco!

· The smooth yet posable figma joints allow you to act out a variety of different scenes.
· She comes with two face plates including an expressionless face and a shouting expression.
· The original illustration has been carefully converted into figma size as faithfully as possible.
· The figma includes three huge swords, all of which van be sheathed in their respective sheaths.
· A short dagger is also included at her heel, which can also be unsheathed.
©neco
Good Smile Company - figma Ichi
http://www.goodsmile.info/en/product/7255/

* Please read the usage guide before purchase.
Pre-Order Now
Price
JPY9,000
- A maximum of 3 of this product are available per person. Orders that include more than this limit will be cancelled.