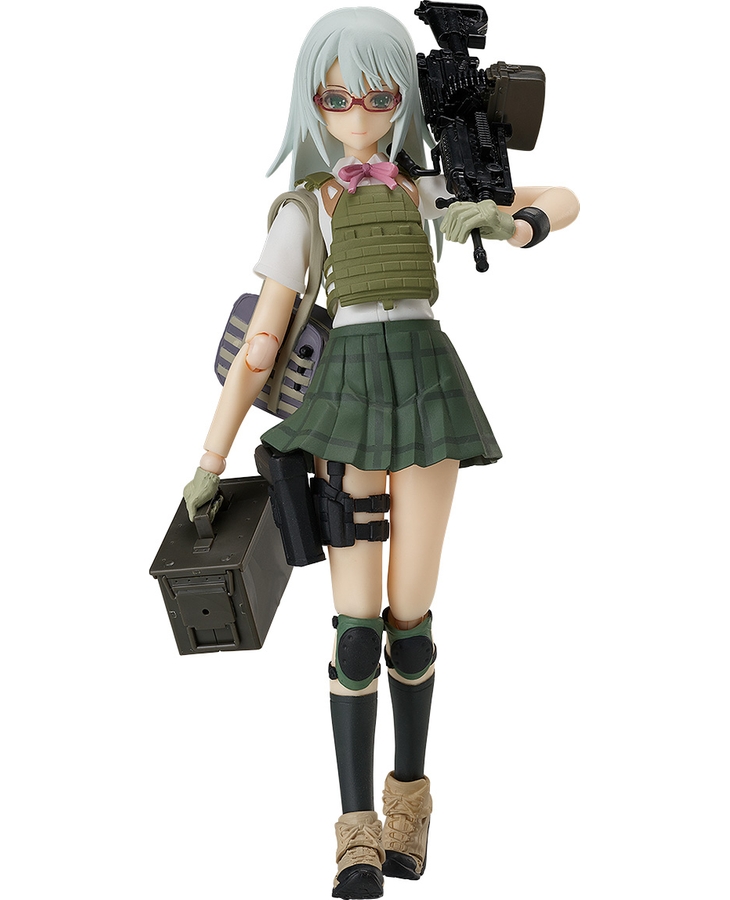 · Using the smooth yet posable joints of figma, you can act out a variety of different scenes.
· A flexible plastic is used for important areas, allowing proportions to be kept without compromising posability.
· She makes use of drawer joints in her shoulders allowing her to easily wield weapons from the Little Armory series.
· Interchangeable leg and waist parts are included to easily recreate her squatting pose.
· Her tactical school bag, spent cartridges from her machine gun and an ammo belt are included as optional parts.
· A runner kit for making the ammo box for her M249 light machine gun is included. Stock of the M249 can be displayed retracted or extended. The bipod can also be displayed opened or folded. The figma exclusive version of the M249 is equipped with a 100-round magazine, long barrel and rail hand guard.
· She comes with two face plates including a standard expression and a battle expression.
· Her G19 type handgun is included as well.
· A papercraft to create her school locker is also included.
· An articulated figma stand is included, which allows various poses to be taken.

* Please read the usage guide before purchase.
Not Available
Price
JPY8,140
- A maximum of 3 of this product are available per person. Orders that include more than this limit will be cancelled.