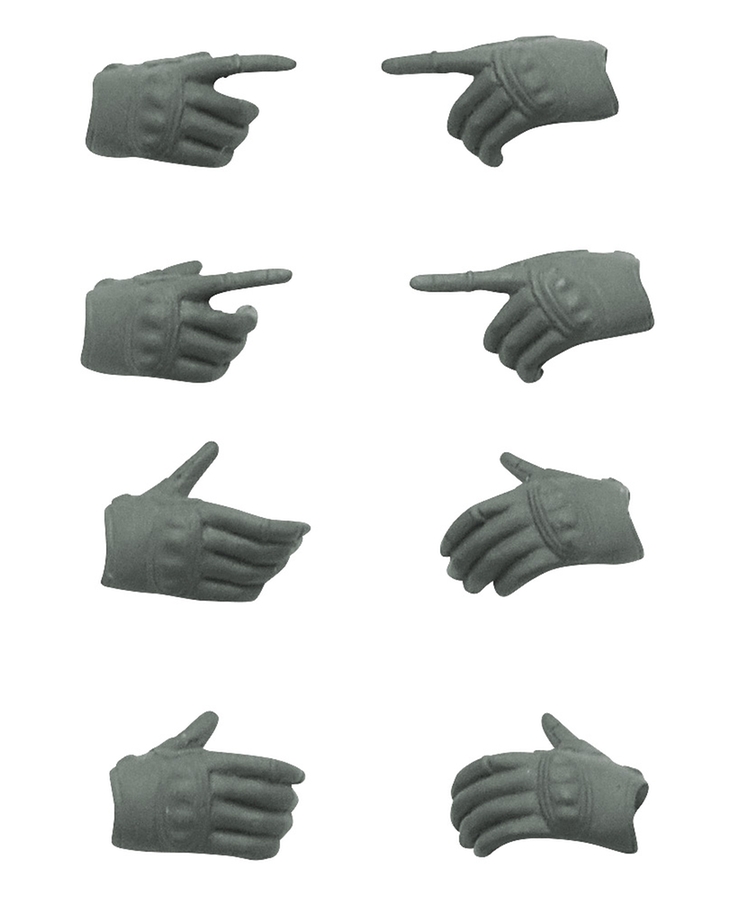 The Mas Grey color was developed by the Navy SEALs for ocean and nighttime operations. Each set includes four different hands for a total of eight pieces that allow the guns to be held, readied and carefully aimed! Use them together with the LittleArmory weapon sets for all sorts of new posing options! The gloves are ideal for use on figma action figures such as the previously released Little Armory figma figures and figma Nipako.

* Parts are sold as a connected plastic kit. Parts require no assembly but do require tools to be cut apart.
* This is a set of hand parts that allow figma figures to hold items from TOMYTEC's LittleArmory set.
* The LittleArmory weapons and figma figures are not included. This kit includes the hand parts only.

* Please read the usage guide before purchase.
Not Available
Price
JPY1,100
- A maximum of 3 of this product are available per person. Orders that include more than this limit will be cancelled.