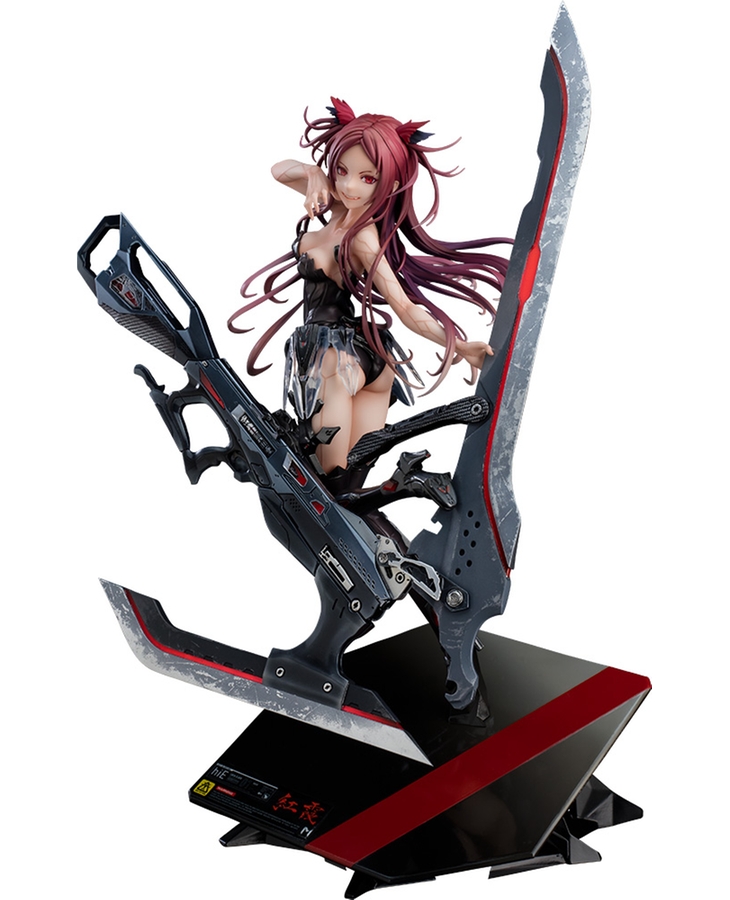 Product Details
A tool to beat the human competition.
From the anime series "BEATLESS" comes a scale figure of Lacia Class hIE No. 1: Kouka based on an illustration by redjuice featured on the anime's 1st Blu-ray boxset.
Her crimson red hair, eyes and her slender physique have been faithfully captured in figure form. The ferocious beauty of Kouka, a tool designed to beat human competition, has been captured through finely detailed modeling and gorgeous paintwork.
Her device and weapon
Order Period
Preorders can be placed from 26th April 2022 (Tue) from 12:00pm JST until 9th June 2022 (Thu) at 12:00pm JST.
Price
¥26,000

* Please read the usage guide before purchase.
Not Available
Price
¥26,000
- A maximum of 3 of this product are available per person. Orders that include more than this limit will be cancelled.