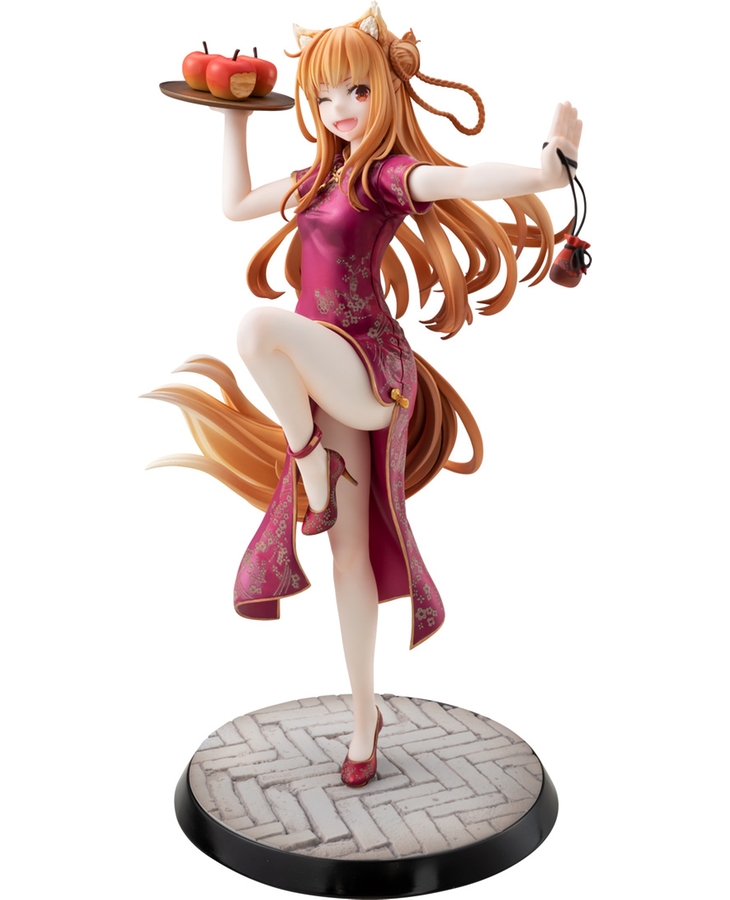 Product Details
The Spice and Wolf series celebrates its 15th anniversary! Presenting a new figure of Holo in a Chinese dress!
The popular Spice and Wolf series from Dengeki Bunko is celebrating its 15th anniversary, and now a new figure of the heroine Holo the Wise Wolf clad in a Chinese dress is here! The figure is based on an illustration drawn by the light novel series illustrator Jyuu Ayakura. Holo's dynamic pose, supple legs visible under the slits in her Chinese dress, adorable winking face and flowing hair and tail have all been carefully captured in figure form. It is a high-quality figure that fully embodies the charm of Holo while maintaining the original look of the illustration, so be sure to add it to your collection and see for yourself! A cobblestone base not shown in the illustration is also included—a perfect match for her outfit! *An interchangeable face part with both eyes open is included as a bonus for purchases from KADOKAWA EC stores (KADOKAWA Store/Dengekiya) and stores outside of Japan.
©Isuna Hasekura 2023 Illustration/Jyuu Ayakura
Good Smile Company - Holo: Chinese Dress ver.
https://www.goodsmile.info/en/product/13062/

* Please read the usage guide before purchase.
Pre-Order Now
Price
¥20,900
- A maximum of 3 of this product are available per person. Orders that include more than this limit will be cancelled.