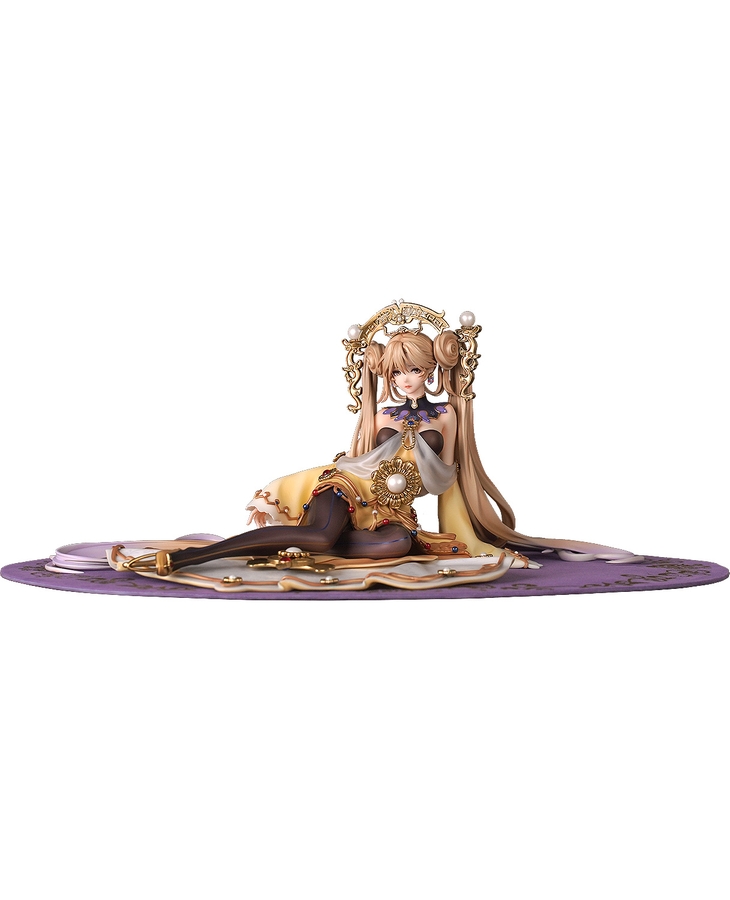 Product Details
The cup meant to bring eternal prosperity. While it could not achieve this, its beauty live on.
A Chinese national treasure brought to life?
From the Chinese TV show that introduces Chinese national artworks, "National Treasure", comes a series of figures based on artifacts introduced on the show, brought into figure form by Myethos.

The next figure in the series is the Cup of Eternal Solid Gold—the cup used by the 6th Emperor of the Qing Dynasty, Emperor Qianlong, to wish for the solidification of political power and the country's development and prosperity.

With the end of the dynasty system, those wishes for the Qing Dynasty went unfulfilled. Now the somber, nostalgic Cup of Eternal Solid Gold has been transformed and brought to life.

The figure features stunningly detailed sculptwork from top to bottom, and even includes the the Chinese characters for "Eternal Solid Gold" sculpted on the figure. Be sure to add her to your collection!
©北京物喜堂科技有限公司
Good Smile Company - Cup of Eternal Solid Gold
http://www.goodsmile.info/en/product/10419/

* Please read the usage guide before purchase.
Not Available
Price
JPY19,580
- A maximum of 3 of this product are available per person. Orders that include more than this limit will be cancelled.