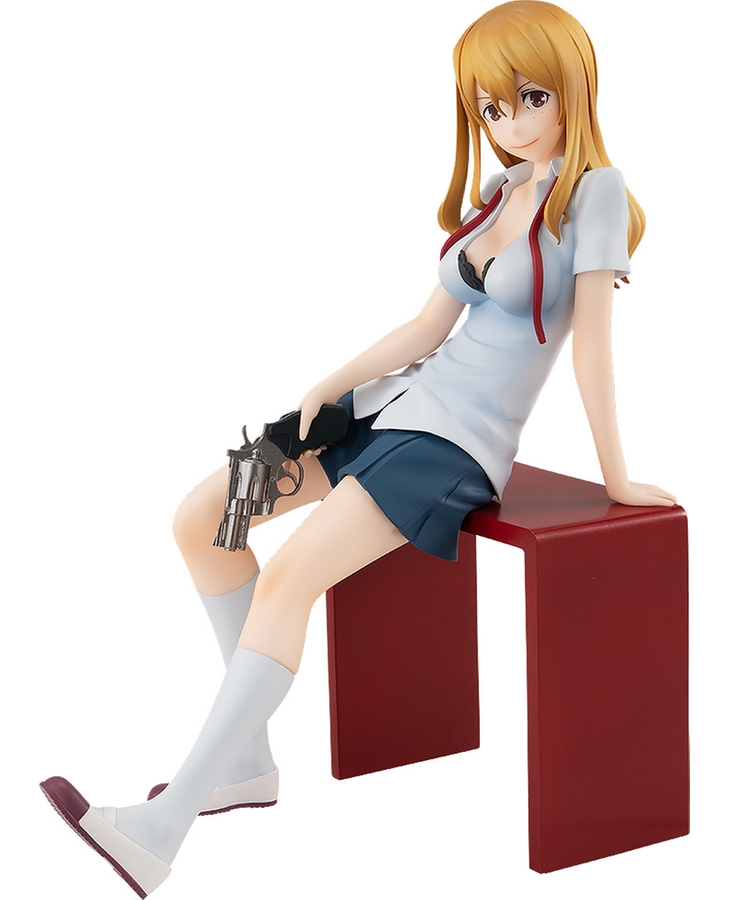 Product Details
I'm interested in monsters like you.
POP UP PARADE is a new series of figures that are easy to collect with affordable prices and releases planned just four months after preorders begin! Each figure stands around 17-18cm in height and the series features a vast selection of characters from popular anime and game series, with many more to be added soon!

From the popular anime series "Gleipnir" comes a POP UP PARADE figure of Claire Aoki! The gun in her right hand has been faithfully recreated with detailed sculpting and textured paintwork. Claire has been recreated in a relaxed sitting pose.
©武田すん・講談社／グレイプニル製作委員会 ®KODANSHA
Good Smile Company - POP UP PARADE Claire Aoki
http://www.goodsmile.info/en/product/10171/