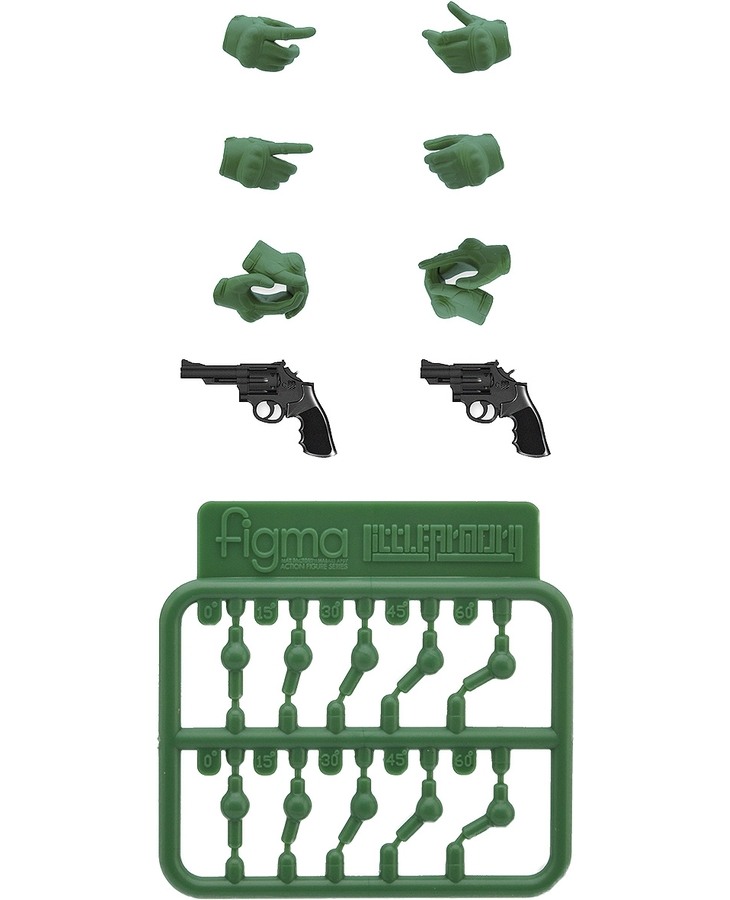 The set includes a combined left and right hand part for displaying your figma holding a handgun with both hands, hand parts for displaying your figma holding guns with angled grips and more, making it easy to display your figma with a wide variety of guns when paired with one of the previous handsets. The set also comes with runners for creating two magnum revolvers. Enjoy pairing with your Little Armory figma figures, figma Styles figures and more!

* Parts are sold as a connected plastic kit. Parts require no assembly but do require tools to be cut apart.
* The Little Armory weapons and figma figures are not included. This kit includes the hand parts only.

* Please read the usage guide before purchase.
Not Available
Price
JPY1,540
- A maximum of 3 of this product are available per person. Orders that include more than this limit will be cancelled.